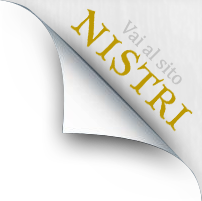 Vignole farm is situated in the heart of the zone of production of the Chianti Classico, in proximity of the town of Panzano. The Nistri family, who works in the wine sector since 1865, has acquired the property of the company in 1970 and, from that age, the holders follow all personally and realized the development of the modern productive systems in which the company she is equipped.

The company covers a surface of 21 hs, of which 14 it assigns to specialistic vineyard. The lands of the company are situate along go the river Pesa, better known in the Panzane zone as "the Conca d' Oro", for the advanced quality of the wines that have origin from here - at a variable altitude between the 290 and the 320 meters and with extension on the two sides of a hill exposed to south-east and the south-west. The vines have been implanted as the modern techniques, with sixth of the plant reduced, to privilege the qualitative aspect through the control of the production of grape for single stock. The vines are cultivates in the full respect of the traditions of the Chianti.

The company has modern wine cellars obtained in part of the body of the main colonica house (built up in 1500) with a wine unit (the "Tinaia"), separated from the aging one, maded by a dug wine cellar built inside of the hill, suitable to its function for the reduced periodical thermal jolt, from the bottle rooms equipped of modern machinery and from those of stowage of the bottled product, repaired from the light.

The wines produced, beyond to distilling of the vinacce, are the result of the cure and the attention in the procedure that has origin in the vineyard and continues in the selection of the grapes in phase of the grape harvest, in the accurate vinification, in the aging in the vats and barriques, in the accurate bottling and the sharpening in bottle, all in the respect of the traditions and the characteristics of the wines that make part of the best Tuscany wine tradition.